For centuries, tarot readings and tarot card readers have assisted people in making decisions about their lives, in learning to better trust themselves and providing a sense of calm and confidence. A tarot reader is simply a person with a high level of empathy, intuition, and sensitivity to symbolism, evident in their art of tarot reading.

Tarot readings have become a widely popular tool used by many Psychics and Clairvoyants. With Zenory, you are able to receive a tarot reading online, via phone or chat today. Choose from one of our gifted, professional tarot card readers who are able to harness tarots to help you gain insights on many aspects of your life: from your career, to your love path and soulmate.

Deep Insight Into His or Her Intentions for you, 25 years Experience 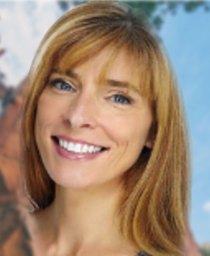 Deep Insight Into His or Her Intentions for you, 25 years Experience 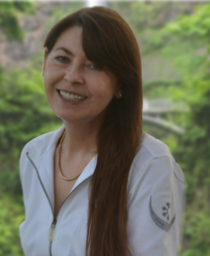 Just $1 per minute for all first time callers.

She's always quick to connect and doesn't require much info which is impressive.

Beautiful and detailed reading by Safina!xxxxx

This lady reads through walls and knows the depth of my soul, in the past she has been right on with her predictions and continues to do so, she is very genuine and cares - ty so much Ruby

Few days ago was having technical issues. We chatted again and it's much better. Thanks yo Zenory's support team. Thanks a lot Ruby for your guidance and reading. You are a lovely lady. I will update you again.

Another wonderful reading by the lovely Ruby, its amazing how deeply she can tap into my poiii and also iv been a client of hers for the past 4 years and everything she predicted after reading my transcripts over and over has come to pass! trust in her advice she is always delivering the truth and she is quick in her responses as well x thank you so much Ruby :) you have a long term client in me as you always know!!

It ended before I could see what you were typing what were you saying ? Tamara

Psychic Tarot Card Readers have been known to have the ability to offer personal insights into the past, present and future. For thousands of years, tarot readings had to be seen or referred to as an art of using symbols of interpretation uniquely presented through tarot cards, and are formed in the order in which they are drawn from.

Tarot readers are pressed-on to the tarot reading career by their desire to help others. This great urge causes them to be gateways for conveying the mysterious guiding power contained in the tarot cards.

How Can Tarot Readings Benefit You?

A tarot reading is like taking a glimpse into a mirror that clearly reflects our subconscious thoughts and feelings. This frees you from worries, stress, doubt and confusion. They can be a positive and uplifting experience as they are aimed at giving one a revitalised feeling and making them feel ready to take on the future that lies ahead.

Seeking answers through the tarot can give you insights into how you can conquer life in its troubling times. When you are facing adversity, tarot cards can give you the clarity you need to gain a fresh perspective in order to help you move forward with confidence.

Though most people often refer to tarot readings as merely a way to go about future predictions, a real tarot reading aims to give you the power to take full control of your future by offering good insight and clarity. This empowers you to make important decisions and allows you to make a significant leap forward in your life.

The Tarot traces its roots back to Northern Italy in the late 14th and early 15 centuries, though its history can be a bit difficult to nail down. Social influences at the time led to a reputation developing around the Tarot that it was somehow evil, negative, and dark, though this could not have been further from the truth. The true origins of the Tarot are rooted in monotheistic religious traditions and even the imagery of the tarot cards reflect this. For example, the inclusion of a Pope card in many decks, among other holy symbols.

By the middle of the 16th century, the use of the Tarot card was spreading throughout Europe and its usefulness in the art of divination was becoming more widely known and appreciated. French, Spanish, German and English traditions have all influenced the way Tarot is used in modern life. After many hundreds of years, it is believed that the Tarot had a true modern resurgence as a valuable source of divination sometime in the late 18th century by way of scholars working in Switzerland and France.

While there may be some evidence that early explorers arriving in North America were familiar with and perhaps even relied on the Tarot, and almost certainly Americans were using tarot readings throughout the 19the century, the first solid evidence of the tarot's growing popularity and establishment in the United States comes with the publication of several books on the subject in the very early days of the 20th century.

Tarot decks were originally hand-painted, with the depictions on the cards reflecting both the times and origins of the tradition. To this day, Tarot cards and tarot readings maintain a tradition of intricate artistic designs to aid in the insight, messages and answers they provide to users.

Today, there are many different tarot decks available. The Rider-Waite Tarot deck, originally developed in England, is the most widely known and used type of tarot deck in the United States and Europe. Consisting of both the Major Arcana and the Minor Arcana (made up of four suits, wands, pentacles, cups, and swords) its success has surpassed the expectations of many and its use has assisted many in finding answers, confidence and peace in their lives.

What does a Tarot Reading Involve?

When you imagine getting a tarot reading, we bet you are depicting an excessively dressed old woman, sitting amongst candles, telling you she can read your fortune. Unfortunately, this is only the way that the media portrays tarot readers, and in reality it is a much less intimidating process. Someone who is blessed with the gift of reading tarots can look just like you or me, and you are even able to receive a tarot reading online, by phone or via chat, from the comfort of your own home.

Though live online chats or phone tarot systems may seem a little impersonal to the inexperienced, professional and talented tarot readers will be able to create the necessary personal connection needed to create an effective tarot reading without actually getting into any physical chat with you.

This modern system of tarot readings allows the tarot user to have control over their environment during psychic readings. This provides a unique opportunity to allow you to choose when you will be able to best focus on and benefit from a tarot reading with a trusted, trained professional.

A live psychic chat reading at Zenory with one of our professional psychic tarot card readers can help you to gain vital insights about your life path and future. Zenory provides you with a variety of the most gifted online tarot readers from across New Zealand, Australia and the United States. Our Psychics have been verified for their integrity, accuracy, quality and style of delivery through undertaking an advance screen test to approve of their psychic abilities and professional service.

Get in touch now with one of our gifted psychic tarot card readers and seek out for yourself why the insights of the Tarot have been held with such high esteem over the past years - discover the freedom, peace, and understanding that the Tarot card reading can give you.